With Memorial Day officially behind us, your summer plans aren’t the only thing heating up this week. Just in time for the sweltering temperatures and infamous DC humidity to arrive, indoor dining is (finally) ready for a resurgence. Not only are all restaurants back to full capacity, but there’s also a slew of newcomers to the scene that you just have to experience for yourself. Since each of these 6 new restaurants in DC is already bring the heat, there’s no reason you can’t enjoy them from the comfort of the air-conditioned indoors. Sample each of the new spots topping our summer dining list here:

The coolest way to enjoy happy hour this summer? On a pier overlooking the Potomac in Old Town Alexandria that opened back in April. Located in Robinson Landing, BARCA (Spanish for boat) styles shipyard chic and Catalonian coastal influence into a waterfront Pier and Wine Bar. Both indoor and outdoor locales serve up Spanish-Mediterranean small plates, wine, sangria, and cocktails.

Gumbo, beignets, and shrimp remoulade reign supreme at this New Orleans-themed restaurant that opened in May. Chef Kristen Essig called the Big Easy home for more than two decades before developing the menu with The Salt Line’s chef Kyle Bailey. The duo utilizes Mid-Atlantic seafood including soft shell crabs, now in season, plus Chesapeake oysters, and rockfish. Cocktail kings Neal Bodenheimer (from Cure in New Orleans) and Donato Alvarez (also with The Salt Line) oversee the drinks, which include classics like the Sazerac and French 75, in versions that are big enough to serve two. The restaurant boasts an 80-seat covered patio, plus a courtyard complete with a New Orleans-inspired fountain.

Craving sushi? Meet your new sushi date night spot over at The Wharf. The sleek digs have already become a mainstay since the restaurant opened in March and are only beat by Nara Ya’s menu, which features Japanese cuisine from two extremely talented chefs—DC’s chef Kaz Okochi (KAZ Sushi Bistro) and Lucas Irwin, who studied at Morimoto under Iron Chef celebrity chef Masaharu Morimoto. The menu is centered on modern and classic dishes from Japanese cuisine, while sake and Japanese whiskey tastings are also popular thanks to a versatile and extensive list.

All of the Italian classics are on full display at this red sauce joint: from handmade pastas to five cheese ravioli, plus chicken parmigiana, pork chops pizzaiola-style, and tiramisu for dessert. The concept comes from The Neighborhood Restaurant Group and chef Matt Adler who developed this 65-seat concept that opened in early May next to The Roost food hall. Beverage director Greg Engert sources affordably priced Italian wines available by the glass, carafe, or bottle, as well as craft beers imported from Italy. And spirits director Nick Farrell puts playful touches on the martini, with both an espresso and antipasti dirty martini that comes with a Caprese skewer.

It just wouldn’t be summer in DC without seafood. Luckily, you can now feast upon crab cakes at The Point, a seafood-lovers paradise, located at the confluence of the Anacostia and Potomac Rivers. Executive chef Benjamin Lambert brings an affinity for organically sourced and foraged meals to this creative seafood joint. Before opening The Point, he oversaw the kitchen at District Winery and held a tenure at now-closed Restaurant Nora. The menu shows off the chef’s love for fishing and flare for the unexpected with dishes like a seafood board sourced from sister restaurant, Ivy City Smokehouse, and a crab doughnut. Top picks also include shrimp rolls, wood-fired, whole-fish entrees, barbecue shrimp, and fire-roasted cauliflower shawarma.

Looking to buy or sell this summer?

We're here to help you navigate the market with confidence. Where To Soak Up The Last Drops of Summer In DC 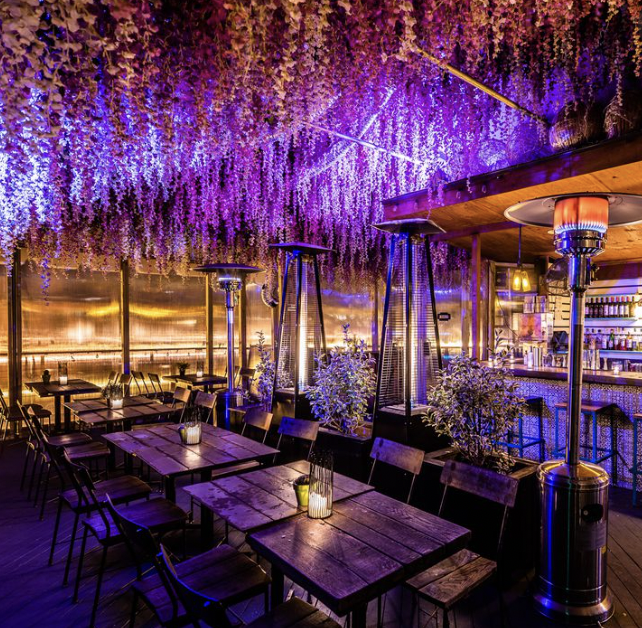